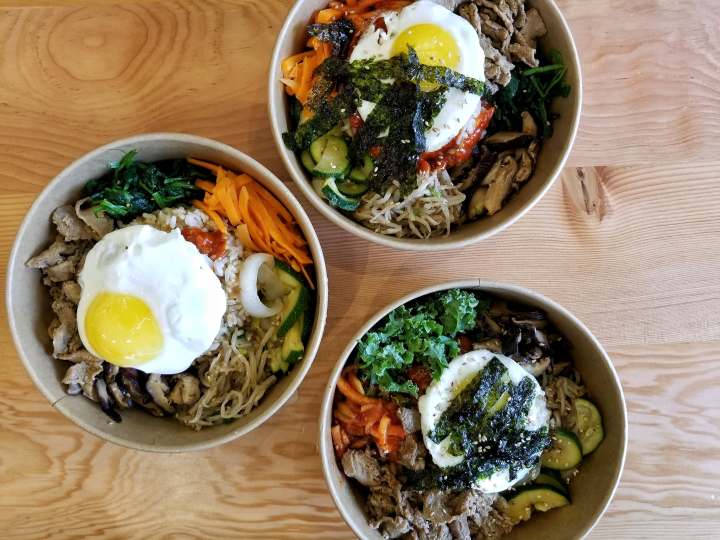 When I was working downtown, I would always look for new restaurants opening nearby. My team and I would go out almost every Friday for lunch so we’ve basically tried anything close to 107 Street radius. After seeing a new Korean restaurant in downtown, I just couldn’t wait for them to open. 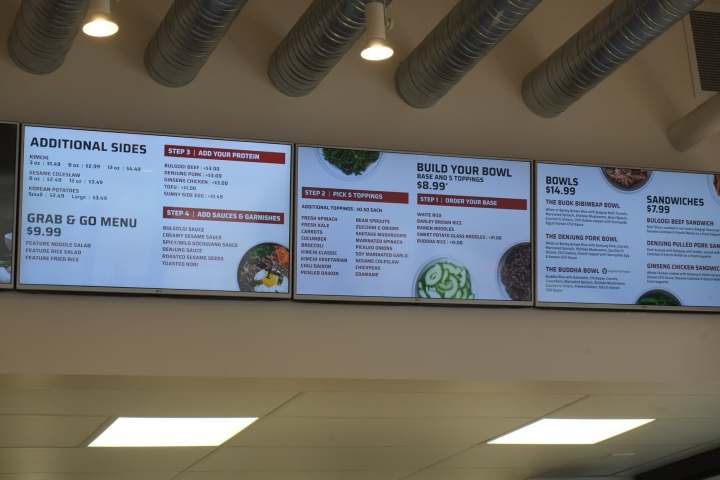 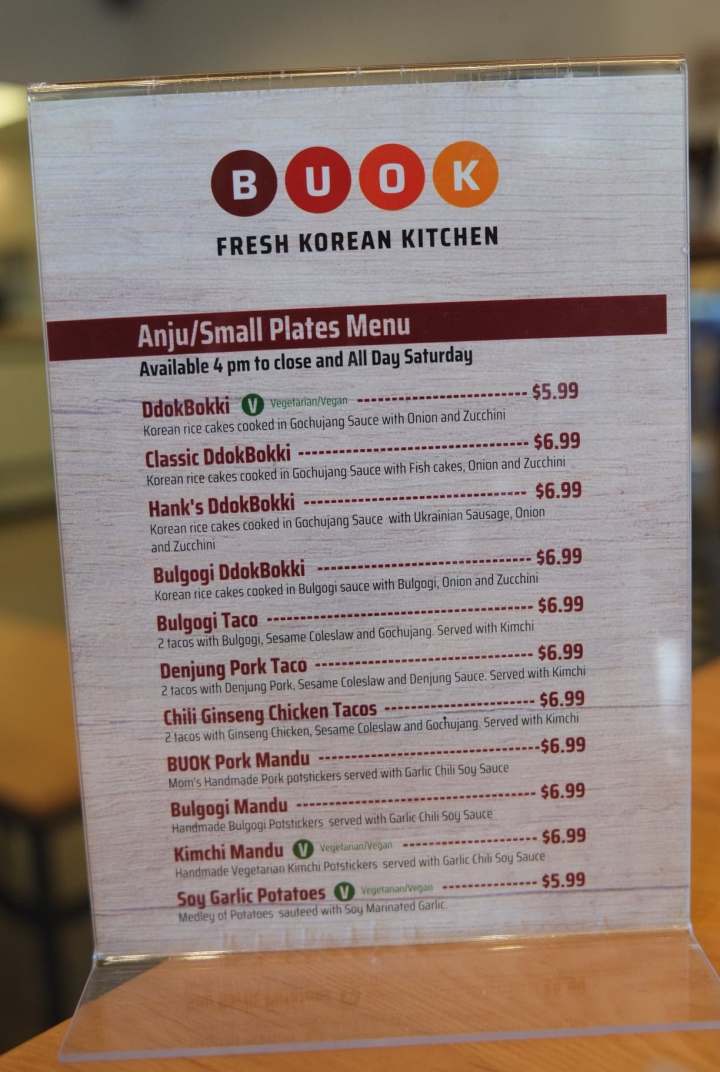 Owner Henry Song wanted to bring something simple from his childhood: bibimbap. Buok Fresh Korean Kitchen specializes in bibimbap bowls, hand-made kimchi, sandwiches, and small plates. Inspired by everyday Korean dishes, Henry wanted to offer his mom’s recipes to be approachable for Edmontonians to eat their meals and go about their days.

When ordering, think Subways: you have the option of either building your own bowl, or ordering from one of their favourites. Choose your base, protein, sauces and garnishes, and five toppings. The open concept idea is great for people who aren’t familiar with Korean ingredients and could see exactly what’s being put in their meal.

We opted on The Buok Bibimbap Bowl for simplicity. At my first tasting, my whole team didn’t enjoy their dishes. Traditional gochujang sauce has paste-like consistency that tastes sweet, hot, and salty. It adds a ton of flavour to meat dishes (like spicy bulgogi) and bibimbap bowls. The “hot sauce” served at Buok resembled a watery sirracha texture which overpowered our bowls. My bowl was almost like soup instead of a rice mix dish.

During my second visit after giving some suggestions to Henry, my bowl has improved since it wasn’t drenched in sauce. The only thing missing in this dish was the dolsot stone bowl. Personally, I think bibimbap is never the same without the stone bowl!

Buok wanted to offer bibimbap as a healthier option by having a lean beef. If you look closely, you wouldn’t see any fat on the meat. Although I enjoy the idea, our beef was simply too dry and didn’t taste well the dish. This is great if you’re health conscious!

Ddeokbokki or Korean stir-fried rice cakes are one of my favourite appetizers. My friend and I tried this on our second visit. The sausage was the winner of this dish. The gochujang sauce was good, however, the rice cakes itself was too soft and mushy.

Mandu are dumplings in Korea. These dumplings were a little bland and required the garlic chilli soy sauce for flavour instead of having the sauce compliment the dumplings. We also couldn’t taste any kimchi either.

Overall, I love the concept of Buok and would definitely come back to try their new menu items. It’s a great place to get your Korean food fix downtown, however, I think I’d stick to my traditional Southside Korean restaurants for now.